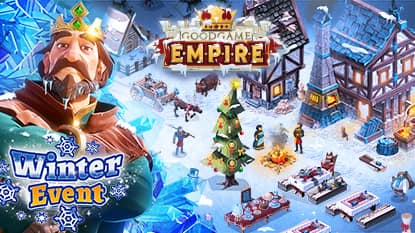 89%
This game is not available on your browser. You can download it using the buttons below.

Become the greatest knight of the realm in the amazing social game Empire! In this exciting empire-building game you start out with a small village. Collect resources, expand your village, and create an army for protection. Once your army is large enough, you can take up your sword and conquer neighboring territories! You will also have to protect your own town against enemy attacks. Move strategically, forge alliances, and build a massive city-state to rule in Empire!