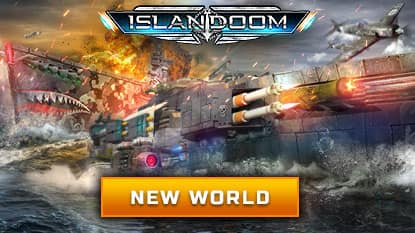 83%
This game does not work on your device

Islandoom is a Free-to-Play browser game created by the polish studio Bloomga S.A. You are a captain of an island in a sea world controlled by four hostile nations. Depending on which nation you choose, you get a unique set of specific abilities which determine the way you will play the game.

Rules of the game are simple, the interface is intuitive, but to master the game, player has to keep the balance between it’s infrastructure and military power. Politics and diplomacy play a very important role, as the alliances with other players are crucial for global expansion.

Completing the game missions to get rewards, attacking pirates to steal their treasure, conquering other players islands and constantly developing your island’s infrastructure will keep you busy with Islandoom for a really long time.